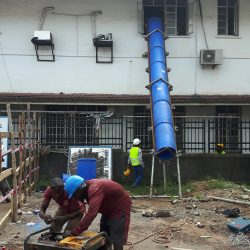 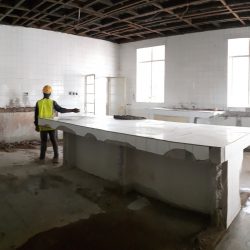 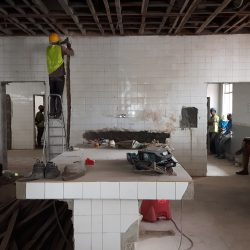 In this blog PHE's Paul Johnstone explains the organisation's involvement in Sierra Leone, from the West African Ebola epidemic to the opening a new hospital laboratory in capital city Freetown.

This week marks a milestone for Public Health England in our global health role, and a personal one for me as well.

At the invitation of the Government of Sierra Leone, chief executive Duncan Selbie will open the third and biggest refurbished laboratory at Connaught Hospital - the country’s main teaching hospital based in the capital Freetown.

As a result of this, and our training of well over 300 local staff as technicians and emergency planners in the past two years, Sierra Leone will be better prepared to manage future outbreaks like Ebola.

PHE became involved in the Ebola response in September 2014 when the World Health Organisation (WHO) declared the outbreak a ‘Public Health Emergency of International Concern’.

It was the world’s biggest and most serious outbreak, affecting the three West African states of Sierra Leone, Liberia and Guinea, and sending ripples of response across the world in airports, hospitals and the media. West Africa was at the epicentre of a major global emergency.

PHE worked with the Department for International Development (DFID), other UK agencies and the WHO to provide technical advice and establish three diagnostic laboratories each connected to Ebola Treatment Centres (or ETCs) in rural locations across Sierra Leone.

My own involvement started in early 2015, not long after the height of the outbreak where over 100 cases were being diagnosed a day. I was seconded to WHO to work alongside the Sierra Leone government and international partners in strengthening the country’s emergency planning and response function. As a director of PHE I also supported our teams running the three ETC labs.

Our work in Sierra Leone post-Ebola

During in the summer of 2015, it was very clear that there was a large amount of work to be done in Sierra Leone post- Ebola, with particularly urgent need to focus on preventing future outbreaks.

Back in Sierra Leone the President had announced his government’s plans for reconstruction as daily cases started to drop to single numbers. DFID funded our proposals (£7m) as a major part of UK’s aid support to the reconstruction plans - a project called ‘Resilient Zero’.

Our objective was to ensure new cases were diagnosed and managed, and at the same time, to transfer molecular technology and expertise to the regional hospital system, with a fully trained cohort of local technicians. In addition, the project would help us establish an emergency training programme as part of the wider cross-government response system.

After two years of implementing Resilient Zero , and with the enthusiasm and dedication of colleagues in just about every directorate across PHE and our team in Sierra Leone we can now say with pride, that we have achieved our objectives.  It has been quite a journey. Many times we thought this outcome – three new laboratories that are self-sustaining, and support in improving emergency response - looked impossible.

We needed to ensure that procured test kits were cold-chain-proof and affordable, that equipment was appropriate for West Africa, that the builders we commissioned to do the extensive upgrades met the right standards, and that we met international procurement laws. All of these needed careful thought and planning.

We faced other challenges too, from the bio-security of samples to unplanned support such as the August 2017 floods emergency (when 500 people were killed in Freetown and the UK Public Health Rapid Support Team was deployed).

Along the way we have learned many lessons which have helped to develop PHE’s wider global health role and with DFID as part of a united approach so that we are coordinated as a single UK Government team.

Many have worked hard behind the scenes to make this happen, yet this type of work rarely gets the profile it deserves compared to international emergencies.

And this is what makes this week’s opening of Connaught hospital laboratory such an important milestone, as we celebrate not just the hospital’s refurbishment and the completion of Resilient Zero, but a friendship and partnership with Sierra Leone, and one which will last for many years.

Read our news story on the opening of the hospital lab.