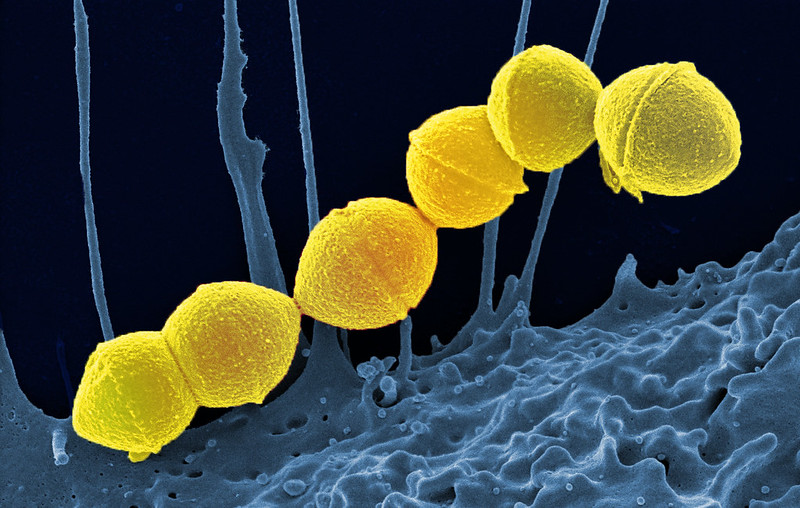 Group A streptococcus (GAS), also referred to as Strep A is a common bacterium. Lots of us carry it in our throats and on our skin and it doesn’t always result in illness. However, GAS does cause a number of infections, some mild and some more serious.

Milder infections caused by GAS include scarlet fever, impetigo, cellulitis and pharyngitis. These can be easily treated with antibiotics.

The most serious infections linked to GAS come from invasive group A strep, known as iGAS.

These infections are caused by the bacteria getting into parts of the body where it is not normally found, such as the lungs or bloodstream. In rare cases an iGAS infection can be fatal.

Whilst iGAS infections are still uncommon, there has been an increase in cases this year, particularly in children under 10 and sadly, a small number of deaths.

This blog explains more about GAS and the infections it can cause, as well as how it is spread and what to look out for when your child is unwell.

How is it spread?

GAS is spread by close contact with an infected person and can be passed on through coughs and sneezes or from a wound.

Some people can have the bacteria present in their body without feeling unwell or showing any symptoms of infections and while they can pass it on, the risk of spread is much greater when a person is unwell.

Which infections does GAS cause?

GAS causes infections in the skin, soft tissue and respiratory tract. It’s responsible for infections such as tonsillitis, pharyngitis, scarlet fever, impetigo and cellulitis among others.

While infections like these can be unpleasant, they rarely become serious. When treated with antibiotics, an unwell person with a mild illness like tonsilitis stops being contagious around 24 hours after starting their medication.

We are currently seeing high numbers of scarlet fever cases.

The first signs of scarlet fever can be flu-like symptoms, including a high temperature, a sore throat and swollen neck glands (a large lump on the side of your neck).

A rash appears 12 to 48 hours later. It looks looks like small, raised bumps and starts on the chest and tummy, then spreads. The rash makes the skin feel rough, like sandpaper. On white skin the rash looks pink or red. On brown and black skin it might be harder to see a change in colour, but you can still feel the rash and see the raised bumps.

More information on scarlet fever can be found on the NHS website, including photos.

What is invasive group A strep?

The most serious infections linked to GAS come from invasive group A strep, known as iGAS.

This can happen when a person has sores or open wounds that allow the bacteria to get into the tissue, breaches in their respiratory tract after a viral illness, or in a person who has a health condition that decreases their immunity to infection. When the immune system is compromised, a person is more vulnerable to invasive disease.

Which infections does invasive group A strep cause?

Necrotising fasciitis, necrotising pneumonia and Streptococcal Toxic Shock Syndrome are some of the most severe but rare forms of invasive group A strep.

What is being done to investigate the rise in cases in children?

Investigations are underway following reports of an increase in lower respiratory tract Group A Strep infections in children over the past few weeks, which have caused severe illness.

Currently, there is no evidence that a new strain is circulating. The increase is most likely related to high amounts of circulating bacteria.

It isn’t possible to say for certain what is causing higher than usual rates of these infections. There is likely a combination of factors, including increased social mixing compared to the previous years as well as increases in other respiratory viruses.

What should parents look out for?

While case numbers are high, parents should be on the lookout for the symptoms of scarlet fever so that appropriate and timely treatment can be given.

Scarlet fever is usually a mild illness that clears up quickly after a course of antibiotics. It usually starts with a sore throat, headache, fever, nausea and vomiting, followed by a rash that feels like sandpaper to the touch.

The rash usually develops after 12 to 48 hours, typically on the chest and stomach first, then rapidly spreading to other parts of the body.

On white skin the rash looks pink or red. On brown and black skin it might be harder to see a change in colour, but you can still feel the sandpaper-like texture of the rash and see the raised bumps.

Contact NHS 111 or your GP if you suspect your child has scarlet fever, because early treatment of scarlet fever with antibiotics is important to reduce the risk of a more serious infection.

Despite the out of season increase we are seeing in scarlet fever and other Group A Strep infections, the risk of the bacteria causing a more serious infection remains very low.

What are schools being asked to do?

Schools are being asked to follow the usual outbreak management processes as set out in our guidance if an outbreak of scarlet fever is identified. An ‘outbreak’ is defined as 2 or more probable or confirmed cases attending the same school, nursery or other childcare setting within 10 days of each other.

Schools and nurseries should contact their local Health Protection Team if:

Schools where outbreaks occur are additionally advised to:

Who needs to take antibiotics?

Antibiotics are not routinely recommended as a preventative treatment and should only be taken in confirmed cases of scarlet fever or another GAS infection, or in certain circumstances where Health Protection Teams recommend their wider use.

If there are cases identified in a child’s class, any child showing symptoms should be assessed by a doctor/by their GP and will be prescribed antibiotics if needed. Children are not infectious after 24 hours on treatment and can return to school once they’re feeling well enough after this period.

Are children with chickenpox more vulnerable to iGas?

Children who have had chickenpox recently are more likely to develop serious forms of Group A Strep infection, although this remains very uncommon. The chickenpox rash can make it easier for Group A Strep to get into the body, which can lead to invasive infection. If a child has chickenpox - or has had it in the last 2 weeks – parents should remain vigilant for symptoms such as a persistent high fever, cellulitis (skin infection) and arthritis (joint pain and swelling). If you are concerned for any reason please seek medical assistance immediately.

How can we stop infections from spreading?

Good hand and respiratory hygiene are important for stopping the spread of many bugs. By teaching your child how to wash their hands properly with soap and warm water for 20 seconds, using a tissue to catch coughs and sneezes, and keeping away from others when feeling unwell, they will be able to reduce the risk of picking up, or spreading, infections.